← more from
Misra Records
Get fresh music recommendations delivered to your inbox every Friday.
We've updated our Terms of Use. You can review the changes here. 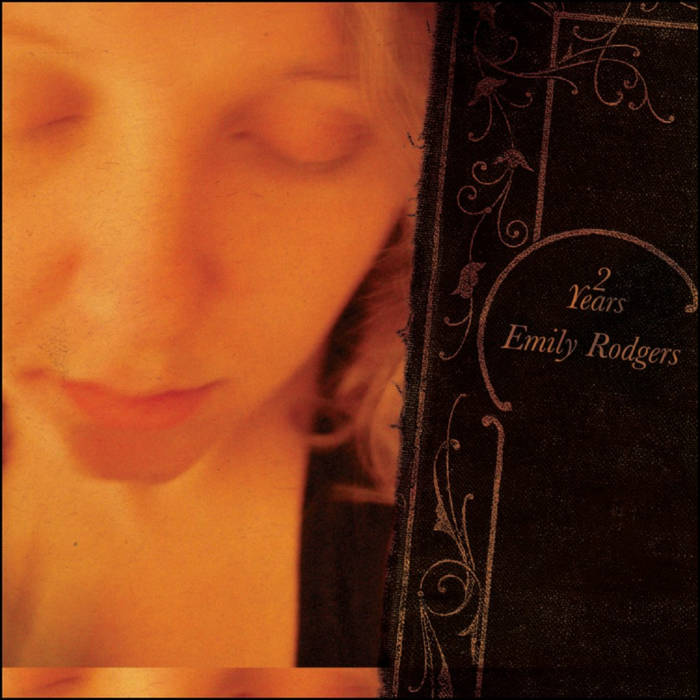 It’s clear from note one of Emily Rodgers’ new album, Two Years: she’s up to something a little different. Different from her past records, but different especially from so many of her contemporaries. In a world of indie-folk sameness, where epic and bombastic are the rule, Rodgers is deliberate and intense, quiet and bookish. And it's in its very quiet intensity that her music commands a listener’s full attention.

On paper, Rodgers’ music might seem like it would add up to folk or alt-country: A band with guitars, a pedal steel, some fiddles here and there. But on listening, you’re as likely to pick up on an undercurrent of shoegaze, chamber pop, even post-rock on Two Years. The violins oscillate under Rodgers’ melodies, more Dirty Three than country. The pedal steel soars. Rodgers’ voice, beautiful and world-weary, echoes.

On Two Years, her first album since 2009’s Bright Day, Rodgers worked with legendary producer Kramer, who was responsible for the sounds of first-generation shoegaze and slow-core innovators like Galaxie 500 and Low. (Kramer mixed and mastered Bright Day, and returned as producer this time around; he also produced two videos from the new album.) It’s fair to look at the album as a product of Rodgers’ unconventional writing -- she’s an English professor, and looks to literary sources for inspiration -- and Kramer’s sonic genius. Low comes to mind as a reference point; so does Tara Jane O’Neil.

Rodgers’ songs don’t traffic in clichés, and she doesn’t overdo it as a lyricist. While she avoids formula as a crutch, she isn’t afraid to meditate on a phrase, as, for example, she does with the titular line of album opener “No Last Call,” an expansive beauty that sets the mood for the rest of the record.

That Two Years is her first recording in nearly seven betrays the fact that Rodgers isn’t rushing things. Song by song, she avoids the temptation to try to cram too many words into a phrase; there’s a deliberate confidence in her delivery. Rodgers takes her words seriously, and wants you to, too. (And not just her own words -- the album closes with a haunting, otherworldly cover of Neil Young’s “I Believe In You” that turns the original on its head.)

Make no mistake: Emily Rodgers’ songs generally aren’t happy. But in their contemplative melancholy, there’s a thread of fearlessness. Uplift and bombast may be the rage these days, but as Emily Rodgers makes clear, there’s something to be said for courage, contemplation and taking the time to let the words set in. Why create more of the same when something a little different can turn out this beautiful?

All songs by Emily Rodgers, New Jerusalem Music (ASCAP), except for:
"I Believe in You", written by Neil Young, published by Broken Arrow
Music Corporation.

Produced by Kramer (Galaxie 500, Daniel Johnston, Will Oldham), who calls her "a songwriter in the classic sense of the term."

Bandcamp Daily  your guide to the world of Bandcamp

Mille Petrozza stops by to talk about the new Kreator album, plus music by Trauma Bond